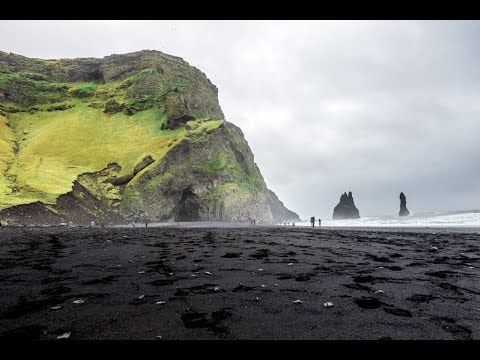 With the rise of the new industry known as “ecotourism”, Iceland  has become one of the  world’s most popular destinations for getting in touch with  nature. From its volcanoes to the  Northern Lights, there is always something awe-inspiring to  witness in Iceland.

Black sand is common in areas with high volcanic activity. They get their color from the  minerals in the volcano, as well as from lava fragments. In terms of actual mineral  content, the most common mineral found in black sand is usually basalt, which is formed  by the rapid cooling of lava. Nearly 90% of all the volcanic rock on the planet is basalt.  The high concentration of iron in basalt also gives it its black color, as iron absorbs a lot  of light. 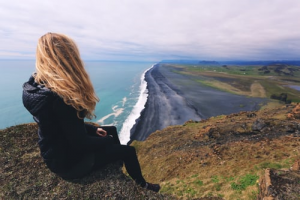 Generally do not weather well, meaning that the basalt continues to break down as  exposed to the weather. This is in contrast to standard beaches, where the mineral grains  are more resistant to weathering.

Exercise Safety Measures at the Beaches!

A word of caution before we get into it, though- visitors are advised to stay about 100 feet away from the shoreline of the black sand beaches. Some waves occasionally crash  which are much bigger than the other waves. These are known as sneaker waves, and  they can reach much farther up the shore than you would expect. There is no land  between the Arctic and Iceland, meaning that waves have miles and miles of buildup  before they finally crash. Visitors are also advised to never face away from the ocean, so  that you can always keep an eye on the water.

When the weather gets bad, the black sand beaches get even  worse. Violent winds can kick up the black sand, pelting you and stinging your skin. The  waves get more violent with bad weather as well. If the weather takes a turn for the worse,  it’s probably best to not go down to the beach that day.  Beyond this, make sure to wear appropriate clothing, especially if you’re going in the  winter. It can get very cold and wet, which is a bad combination, so be sure to have  waterproof shoes and socks. Windburn may also occur, so having a good windbreaker  can do wonders for protecting yourself from the harsh winds. 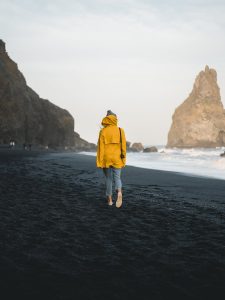 Reynisfjar​a is considered THE black sand beach in Iceland, with its distinctive sand,  enormous columns of basalt, and massive waves crashing into the shore. The basalt  columns are so strange looking that they were used for a few episodes of Game of  Thrones!  Traditional folklore says that the giant basalt stacks were once trolls trying to  pull ships to the shore, but when the sun rose, the trolls turned to stone. They are truly a  marvel to look at, and pictures do not do them justice.

Beyond that, though, wildlife is pretty common at Reynisfjara.   The basalt stacks are home to several species of seabird, all of which nest in the columns.  These include puffins, guillemots, and fulmars- be sure to keep an eye out for them!  Reynisfjara is about 112 miles from the capital, Reykjavik, meaning you can plan a day  trip if you so choose. The beach is rather accessible, and is right next to the small fishing  town of Vik.   Iceland is connected by one main highway known as the Ring Road, making travel convenient all around the island. Reynisfjara is located right alongside the Ring Road,  making this stop relatively easy and overwhelmingly worthwhile.

Solheimasandur ​is a particularly unique black sand beach, as it has become famous for  the wreckage of a plane crash that occurred there in the 1990’s. It, too, is along the Ring  Road, between Reynisfjara and Reykjavik. However, visitors are no longer allowed to drive  directly to the crash site- a four mile hike over the rocky sand is required to get a good  look at it. Make sure to get there early, so you don’t lose daylight! Beyond the beautiful  beach and the wreckage of the plane, Skogafoss Waterfall is very near the crash site, so  you can get a two-for-one by hiking out to the gorgeous waterfall as well.

Dyrholaey​ is a large cliff that overlooks the black sand beach, giving you a unique birds’  eye view of the waves crashing into the shore. It is conveniently located very near  Reynisfjara, meaning you can plan multiple spots on a day trip along the Ring Road!   The cliff also features a lighthouse that you can explore and take pictures with. Like the  aforementioned Reynisfjara, puffins often nest there during the warmer months, so keep  an eye out for them if that’s when you’re there.

Stokksnes Beach​ is another amazing and unique beach in Iceland, but getting there  can take some time, so plan accordingly. It is six hours from Reykjavik on the east coast of  the island. The beach itself is very accessible, though, so long as you have money to get  through the gate. One benefit of its out-of-the-way location is that there aren’t very many  tourists, so if you can get there, you’ll have the beach (mostly) to yourself.
Situated on the Stokksnes Peninsula, an enormous mountain meets the sea right on the  black sand beach, making for some incredible pictures and views. Green tufts of grass  sprout up from the black sand, and the beach gets incredibly dark at night, making it an  excellent viewing spot to see the Northern Lights. A truly magical place that you must see  to believe, making your way to the east coast of Iceland is well worth it just for this- but  there’s plenty of other great stuff  there, too! 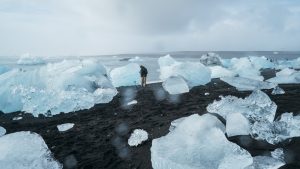 Diamond Beach is also located on the east coast, about 45 minutes from  Stokksnes. Situated right next to Jokulsarlon Glacier Lagoon, the beach gets its name from the calved glaciers that wash ashore- they look like diamonds against the black  sand. You can watch the  massive glaciers calve and wash ashore from the Lagoon across the street, and witness  the tide carry the bits of a glacier in and out of the shore. The chunks of ice can range  from around a foot long to the size of a person! There’s plenty to see at Diamond Beach,  and it also makes for a great photo opportunity !